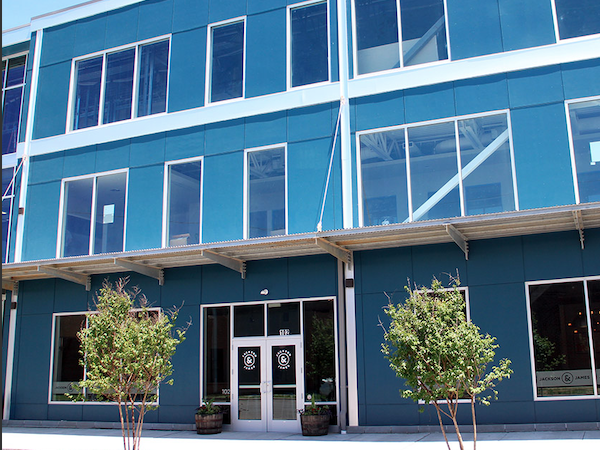 The pandemic has caused another business casualty in Richmond.

Jackson & James Men’s Clothing Store in Scott’s Addition announced Wednesday that it plans to permanently close its storefront at 3200 Rockbridge St. in late February. The 1,800-square-foot store opened in 2017 on the ground floor of the $33 million redevelopment of the former Symbol Mattress factory.

Jackson & James co-owner Mike Anderson said the disruptions to the economy and everyday life dealt by the coronavirus pandemic had made it untenable to continue.

“The No. 1 thing was COVID,” Anderson said. “We had 10 months of diminished revenue and however many more months of that in 2021 wasn’t sustainable.”

Public health orders and general apprehension about the virus have been a deterrent to the in-store shoppers who traditionally make up 70 percent of sales. Anderson said the pandemic’s economic fallout also caused issues with keeping the store stocked in the high-end clothing and accessories it sells, and that trend looks like it will continue.

“There’s still a lot of uncertainty with suppliers,” he said.

Anderson, who runs the store with his sister Rachel, said they have been able to increase online sales but not to a sustainable level. After Jackson & James closes its storefront, Anderson expects to sell remaining inventory on the website over the following couple months before shutting down entirely.

“We grew our online sales a lot,” Anderson said, adding that about 30 percent of sales were through online orders pre-pandemic. “We flipped that way in the other direction but it wasn’t enough.”

“The pandemic has caused another business casualty in Richmond.”

No. Actually it is government response to Covid that has done this.

That is a shame, I know that is a tough spot for retail traffic even before the pandemic, Jackson & James had some nice things in there and supported the community. With Them and SingleComm moved out Impact Makers moving to the smaller side of the building looks like 3200 Rockbridge will be getting some new tenants soon.