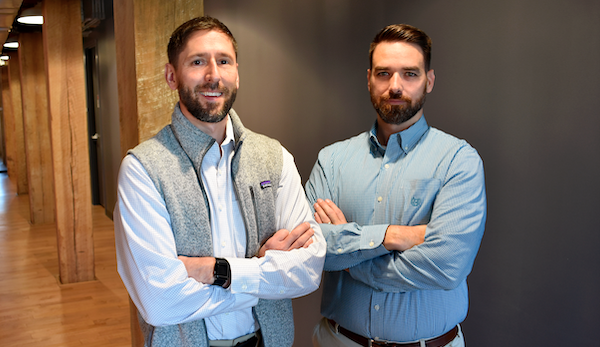 A local startup that uses an on-demand app to facilitate the movement of cars for dealerships, rental agencies and auto shops wants to expand into six new markets in six months — and it just added some fuel to the tank to drive the growth.

Richmond-based Social Auto Transport Inc. has closed on a $1.5 million round of seed funding as it plants its flag in Philadelphia this month, Atlanta next month, and then D.C. in March.

The company up to this point has operated in the Richmond and Charlotte, North Carolina markets and still has three other unidentified markets in mind.

Social Auto Transport’s pitch is essentially to give other companies the ability to move vehicles over short distances without the need to hire, train and insure an in-house team of drivers.

Its app allows companies to arrange for gig workers to drive vehicles over short distances. Car dealerships are a primary focus for offering pickup and delivery. The company also offers home delivery of car purchases among other services.

Social Auto Transport counts CarMax, Lyft and dealership groups among its customers. CarLotz, which is also a customer, recently went public with a capital raise of its own.

Co-founders Nick Mottas and Rob Newton have each worked in the auto industry for years, and they worked together at Estes Express Lines and later at CarMax, where they hit on the idea for Social Auto Transport in 2018.

“We started building the apps on nights and weekends. We had a working app when we were still at CarMax. We raised $900,000 to leave CarMax and pursue this full time,” Mottas said. “We got our funding from a local friends and family round.”

He added: “We quickly realized just having an app isn’t a business. There was a lot of background. We had no way to price move or charge customers or pay drivers. We worked on that over the next three to four months before we were ready.”

Mottas and Newton established a company headquarters at Startup Virginia, an incubator in Shockoe Bottom, in May 2018. It was through Startup Virginia they got connected to Michael Bor, CEO of CarLotz. CarLotz would later become Social Auto Transport’s first customer in July 2018.

“He’s been an unofficial mentor for us along the way and just really done a lot of really great things for us —?including letting us earn his business,” Mottas said. “The first month or so was mostly me moving cars, using the app, acting as the driver. Then we slowly brought on gig-economy drivers.”

Social Auto Transport brought on CarMax as a customer in March 2019, and expanded to Charlotte in December 2019.

The company has moved about 9,000 cars since its launch. The plan is to move 30,000 cars a month by June, when the company plans to have opened in all six new markets.

The coronavirus pandemic posed a relatively minor speed bump for Social Auto, which had already been working on a supplement to its existing service that would prove to come in handy.

“The good thing was we had already started testing and built out the tech for what we call concierge pickup and delivery service. That really gave us a real edge with some of the dealers who were looking for better ways to keep their services going during COVID,” Mottas said.

Prior to the seed round, Social Auto Transport snagged $320,000 in capital fundraising in early 2020. The company hopes to launch a formal Series A capital raise in the near future.

Way to go and congratulations Nick. I wish them nothing but success.