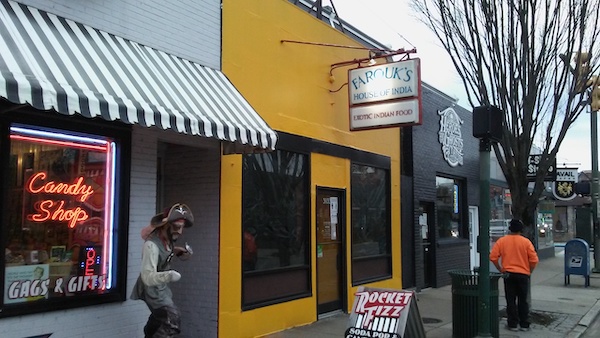 Farouk’s House of India’s decades-long run in Carytown has come to end, but its storefront won’t stay dormant for long.

The Indian buffet closed earlier this month at 3033 W. Cary St. after 45 years in business.

Picking up where Farouk’s left off is Abdullah Nabizada, a recent Northern Virginia transplant who also has decades of restaurant experience.

“I was in New York City for 28 years, and Northern Virginia for 12 (years). I had three or four restaurants in Northern Virginia over the years, but I sold all of them,” Nabizada said. “For retirement I decided to come to Richmond and relax.”

For Nabizada, relaxation apparently means opening a new restaurant. He said he’s planning a kabob-focused Afghan concept called Ariana Kabob, which is similar in name to a restaurant he previously owned in Woodbridge. 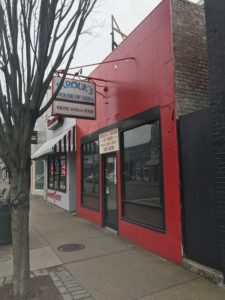 The building’s facade was painted red for years, as shown in early January. The new operator has already refreshed its look.

Nabizada is working on both cleaning and renovating the space, aiming to make it, as he put it, “a clean and nice fast food restaurant.”

“The stove is very old, so I’ll put a new one in. I’d also like to take the carpet out and put tile in,” he said.

Nabizada said he hopes to open Ariana within the next few weeks.

He said he recently moved into his new home in Richmond, and is already noticing the difference in lifestyle here versus in Northern Virginia and New York City.

“Here my neighbors are good people and ask, ‘How are you?’ In Northern Virginia my neighbors didn’t say hi. It was the same thing in New York City,” Nabizada said, laughing. “And there’s not as much traffic here. I love it, really, already.”

Ariana Kabob will join The Mantu at 10 S. Thompson St. as the second Afghan restaurant to open in Carytown. The neighborhood also is set to get a new pizzeria, as Zorch Pizza is preparing to open at 2923 W. Cary St.

This is very exciting, I look forward to trying it