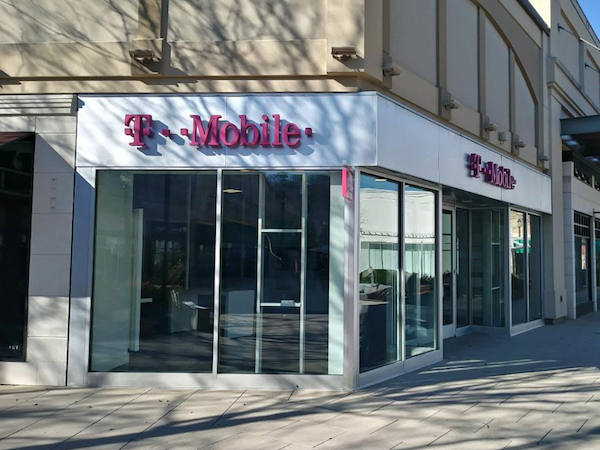 T-Mobile has powered down its store at Stony Point Fashion Park.

The wireless carrier permanently shuttered its store at the Southside mall in late December. A company spokeswoman didn’t specify what motivated the decision.

“We have a number of stores in this area within just a few miles, so as part of our normal course of business we closed this store on Dec. 27, 2020,” the T-Mobile spokeswoman said in an email last week.

T-Mobile is among the latest brands to exit the ailing mall, which is now under the control of a special servicer after its previous owner, Starwood Retail Partners, fell behind on loan payments last year.

Other recent departures include Sur La Table, a national cookware chain, sandwich-and-soup shop Panera and clothing retailer H&M. However, there has been at least one recent newcomer in Eggspectation, a breakfast restaurant that opened in the mall this summer.

The future of Stony Point and surrounding areas are among the focal points of the Richmond 300 plan that the City Council adopted in December.

Maybe Spy Rock Real Estate and Crescent Development will figure out what to do with the failing center? I like to hear the thoughts of Bizsense readers about the best redevelopment use for Stony Point Fashion Park. #failingretail #failingshoppingcenters #washingtonposts #redevelopment

Sur La Table was a noteworthy loss but they are bankrupt and closing about 1/2 their stores nationwide. T-Mobile’s loss is not uncommon. There stores tend to come and go almost as if they are extended pop-up locations. And yes there is a store down at Chippenham and Forest Hill near Walmart and Southside Plaza.

I wounder would the City of Richmond let them change the zoning and put in a 20 or 30 story tower like the towers by canal walk. A tower at this mall would be good in that it has tons of underused parking and it would have a impressive view. Also most of the neighbors are the mall itself and traffic wouldn’t be as big of a issue here considering the mall is declining.

@Carl, I believe the tallest buildings south of the river are 15 stories. I doubt there is any way the city woud allow, or the economy would support a 20-30 story structure, especially a single one. Also, safety (fire, rescue) would be an issue for such a dense use. Multiple structures make the costs per occupant for more feasible.