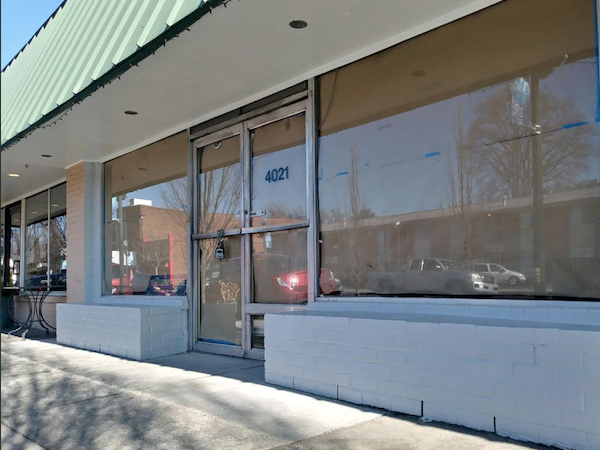 One Three Guitar plans to open at 4021 MacArthur Ave. in the coming weeks. ?(Jack Jacobs photo)

A local guitar shop is preparing for its second act, which will feature a musical education accompaniment.

One Three Guitar plans to open at 4021 MacArthur Ave. in the Bellevue neighborhood in the coming weeks.

With the move, the guitar store traded the Scott’s Addition space where it first opened for a Northside storefront that’s notably larger. With the added square footage, the store plans to expand its retail offerings and introduce music lessons.

One Three left its former home at Sound of Music Recording Studios as a result of the building’s recent sale for $1.2 million.

“We’re not far away and we can reach into new markets as well,” owner Matt Avitable said.

One Three primarily does repairs for guitars and other stringed instruments. Though it expanded its footprint inside Sound of Music before it left, the new space is a big jump from 300 square feet to 1,900 square feet. The new store will feature two rooms for music lessons, in addition to its workshop, expanded retail space and a waiting area. Lessons help round out its offerings for customers.

“What we are trying to provide is a pit crew. Ideally, we want to be the people who help musicians further their musical journey,” Avitable said.

One Three opened its first brick-and-mortar location in 2019 as One Three Audio. It later changed its name to better reflect its emphasis on guitar repair. It brought on Jason Hull, a local luthier, to do repairs soon after it opened. Clarke Hedgepath, who helped stand up the store, has since stepped back from One Three to focus on teaching elsewhere, Avitable said.

The store plans to hire a part-time music teacher to kick off the lessons, and could add two to three more depending on demand.

Exactly how the store will operate its retail and in-person lesson programming in the age of COVID is still being worked out. But while the pandemic has complicated store operations, business has been good for One Three.

Avitable said the pandemic and the associated downtime many people have experienced has translated to an increased interest in musical instruments.

“We’ve been busy. Every day I get calls for repairs,” he said.

Well, that’s significantly less convenient. I don’t drive and could walk to Scott’s Addition, but the new location is too far, so I guess I won’t be going there. That really sucks, because it’s guys from the old Guitar Works. Not sure where I’ll go, now.

This new location is easily accessible by bus from the fan and Scott’s Addition.