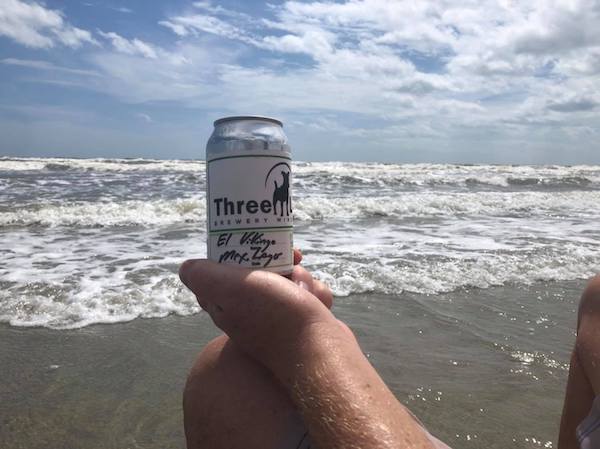 Three Leg Run will have 10 taps serving mostly beer but also feature its own wine and mead. (Photos courtesy of Steve and Melissa Clayton)

The latest entrant to the region’s booze industry has a trifecta in mind.

Three Leg Run — a new brewery, winery and meadery under one roof — is preparing to open at 4418 W. Hundred Road in Chester. 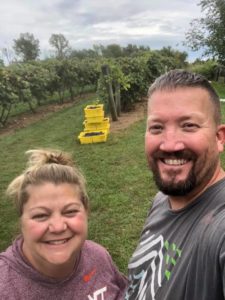 Melissa and Steve Clayton turned their hobbies into a business with Three Leg Run.

Chester locals and married couple Steve and Melissa Clayton are behind the venture. They’ve each been making their own beverages as a hobby for over a decade, with Steve as a homebrewer and Melissa making wine.

Ahead of turning their hobbies into a business, the Claytons each went to school for their pursuits.

“I was in the University of Richmond’s (beer brewer professional) program, and Melissa graduated from Washington State’s viticulture program a few months back, and now she’s in Penn State’s winemaking course,” Steve said.

The Claytons picked out the future home for Three Leg Run, a 3,200-square-foot space in a mostly vacant strip center, just before the pandemic hit.

The center was sold for $2.2 million in August to an entity tied to accounting firm Kositzka, Wicks and Co., and since then the owners and the Claytons have been working on renovating the space. Their plans include adding an outdoor patio on a small grassy area beside the building.

“It looked horrible in there, honestly,” prior to the renovations, he said. “It was literally raining inside the building the first time we went.” 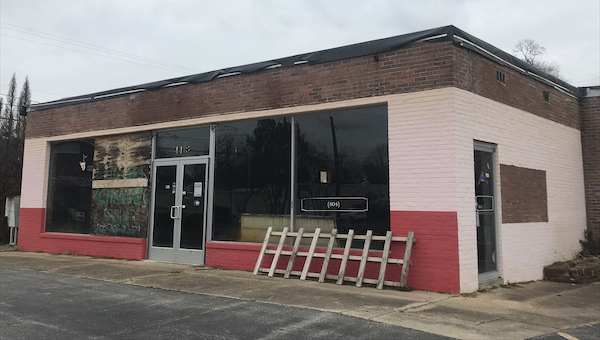 The brewery-winery-meadery is opening in a space formerly occupied by seafood restaurant The Crab Dump, which closed in 2017. (Mike Platania photo)

Three Leg Run will have 10 taps on its wall, the majority of which will be pouring beer. Clayton said he’ll set aside two or three taps for mead, which is a honey-based wine. Three Leg Run will be the region’s second mead maker, joining Scott’s Addition’s Black Heath Meadery.

“The mead came about when Melissa suggested getting a beehive a few years ago,” Clayton said. “So we did that and we now have five or seven hives. I’ve never produced enough honey to make mead, but it got me thinking about it.”

Three Leg Run’s meads will be “session meads,” he said, meaning they’ll have an alcohol content closer to ciders rather than wines. He added that he plans to have a few flagship beers, but with a two-barrel brewing system he’ll be doing a lot of rotating taps.

When it comes to wine, Three Leg Run hopes to eventually use grapes grown on a vineyard in Appomattox the Claytons own, but Clayton said they’re a few years away from having enough grapes to harvest.

“In the meantime, we’ll be purchasing grapes wholesale,” he said.

Three Leg Run aims to open in March or April.

The logo was inspired by Cletus, a family pet.

As for the Three Leg Run name and logo, they were inspired by Cletus — the Claytons’ late Jack Russell Terrier.

“The story is he had four legs, but for whatever reason he would run with one of his back legs lifted up. Then after he ran a couple hundred yards, he’d switch his leg off so he’d always have a fresh one,” Clayton said, laughing.

“That’s the ‘three leg run’ plus the three types of alcohol we’re having.”